At Menu Fresh we aim to provide information on the meat market across the United Kingdom, Europe, and the world. We can help advise you and your chefs on the market changes as well as approximate pricing changes throughout the sector.

Estimated throughputs of all old and new season lambs at GB auction marts for the week totalled 101,300 head, up 16% on the week before but 3% lower compared to the same week a year ago. New-season lamb numbers continued to climb, accounting for 86% of these throughputs during the week.

With such high costs, the animal processors have been losing money and have brought down the kill rate to minimise the loss. UK Sheep meat production has declined 7% on the year, with throughput lower availability is becoming more difficult particularly with trim with a lot less being generated. Supply and demand scenarios have been taking place with shoulders being more expensive than legs at Smithfield market last week.

Exports from New Zealand to the UK dropped back by 19% during the first four months of trade. By contrast, New Zealand sheepmeat exports to China have grown by 41% year on year, accounting for 63% of total exports.

Australia and New Zealand Lamb supply has been difficult for some time now. Australia has been asking for higher pricing on containers of lamb legs for several months unfortunately there is no sign of prices easing back. With producers being very strong on price for all cuts and that product purchased today would not arrive for 2 to 3 months, pricing looks to remain high for the next 3 months at least.

Also thrown into the mix has been Brexit. We could purchase a surplus product on the continent, to make up for any shortfall from direct import, however, after Brexit, imports of third-country origin product from the EU are subject to tariffs because of the rules of origin. This is now an unviable option and has only served to compound the issue surrounding supply.
Lamb pricing is set to remain at these high levels with no sign of prices reducing anytime soon.

More than 500 outbreaks of avian influenza (A1) across Poland over the past few months has contributed to some large increases in all chicken products with fears of a shortage of cuts imported into the UK.

Millions of birds have been culled including breeding stocks, with the outbreak reaching not only the parent but grandparent flock, the duration of the disruption is forecast to last for the next few months at least. Estimates of reduction in production are currently running between 30-40%, which equates to approximately 8% of the total EU production.

Suppliers are limiting supply into the UK market with most deliveries being short or delayed with some shortages being up to 40%.

The cost of feed has increased by over 10% in the last few months driving farmers to finish larger birds versus smaller birds, thus putting extreme pressure on the smaller size fillets.

With a limited shelf life and disruptions caused by transport in the UK, the problem is even greater

Avian influenza (A1) has hit France as well culling millions of ducks. Poultry products from France have seen some shortages and some large price increases.

Turkey products have also come under extreme pressure, with fewer turkeys put down due to low demand last year and demand from European countries with the warmer weather and holiday spots opening demand is outstripping supply. Stocks of the frozen product are virtually non-existent.

Some suppliers have been shorted and some have not purchased any as the price is too high to move on.

With warmer weather, demand from hospitality in the UK and mainland Europe and that China is now in the market for all protein high poultry prices look set to remain high.

The EU-spec SPP rose by 2.24p on the week before this marks the twelfth consecutive week of price increases.

Estimated slaughter at GB abattoirs stood at 173,000 head for the week, down 4% on the week before.

The high production costs are primarily the result of high feed prices, which were also the highest on record at 117p/kg.

Recent increases in mainland Europe Germany and Denmark combined with strong demand have attributed to these continued increases here in the UK.

The sharp increases in Europe were led by China coming back into the marketplace. Certain cuts will be more susceptible to increase than others from the continent which will feed through to Gammon and Bacon prices.

With the warmer weather and hospitality, open prices have been under pressure with increases on manufacturing cuts, Legs & Loins already seeing increases. Baby Back/Loin Ribs is an item seeing strong demand globally which is forcing prices up significantly.

Imports of pig meat (and offal) were down by 15% in March compared with a year ago whilst exports are up 13 % for the same period. If this trend continues with demand increasing prices will continue to rise.

The market is set to tighten over the next few months as farmers and processors try to drive prices upwards.

When restrictions are eased, we expect the product to tighten even more and put pressure on pricing.

Prime cattle prices remain high, and still significantly higher than the 5-year average. With numbers remaining tight
estimated prime cattle slaughter at GB abattoirs stood at 30,100 head, down 11% on the previous week and down 7% compared to the same week last year. Although favourable for producers, such high prices make things further along the supply chain a challenge.

With Hospitality partially open, warmer weather and retailers starting the BBQ ranges demand trim due to strong burger sales has increased significantly resulting in a large increase for these products. With demand being so high other cuts are being placed into the trim which is influencing the pricing for the rest of the animal. Steak cuts which were already higher than they have been for over a year continue marching upwards with some producers rationing supply.

Many countries around the world are currently experiencing high prices for cattle or beef, driven by a combination of local and international factors, namely tighter supplies, and high export demand.

Argentina has recently imposed a 30-day ban on beef exports to try and tackle rising domestic prices, largely driven by high Asian (Chinese) demand. This could further limit global supplies, with more products potentially drawn into China from elsewhere to compensate. Argentina is China’s second-largest supplier of beef behind Brazil.

Brazil with lower supplies and robust export demand has contributed to notable price inflation in cattle prices, with deadweight steer prices in the first week of May over 70% higher year-on-year in US dollar terms.

Brazilian cattle kill is currently below last year’s levels, with a total kill for the first quarter of 2021 down 12% year-on-year, Irregular rainfall in 2020 hampered grass growth and pasture quality, which has subsequently delayed cattle finishing.

Robust export demand from China is helping support Brazilian prices; shipments grew by 31% year-on-year during the first quarter of 2021.

Australia is reportedly hosting its smallest cattle inventory for over 30 years, due to drought and subsequent de-stocking. Following more favourable conditions in 2020, many producers are now replenishing their herds, causing increased competition for available supplies, and driving up cattle prices. A lower inventory has also contributed to Australian beef exports for Jan-Mar 2021 falling 22% year-on-year.

Europe although not a major export in global terms, supplies in Europe are also tighter than in previous years, linked with declining numbers of dairy and suckler cows. This will have supported generally firmer European cattle prices; the EU average R3 steer price was up 12% year-on-year in the third week of May 2021.

The United States has seen price strength from the other side. US wholesale beef prices have increased notably over the last few weeks, driven by increased demand from retail, reopening foodservice and export growth (mostly to China). In April, average wholesale beef prices were 5% higher year-on-year, and up 19% when compared to 2019 (pre-Covid).

Chinese protein demand continues to influence global beef markets. China’s beef prices have been steadily rising for some time, initially driven by ASF (African Swine Flu), which reduced pork production and led to consumers turning to other proteins. COVID-19 then caused disruption to meat processing, but beef demand remained robust, adding further demand for imports. In 2020, Chinese imports of fresh and frozen beef rose by 28% year-on-year, rising by a further 20% year-on-year during the first quarter of 2021.

One of the biggest issues we are seeing at the moment is goods being delivered around the UK.

With a large shortage of drivers & vehicles and more stock to be moved around issues with receiving goods on time are becoming more frequent. Sometimes the delays have been days, one supplier waited a week or some frozen product which would have normally take 3 days from collection to delivery this brings further problems to the supply chain.

One haulier has reduced the service they normally offer due to the shortages of drivers and vehicles. With approximately 70,000 drivers short caused by European workers returning home during the pandemic, changes to the tax regulations and the introduction of IR35 in April has caused huge wage increases into transport with thousands of pounds worth of produce being wasted with lack of transport prices of goods will be impacted. 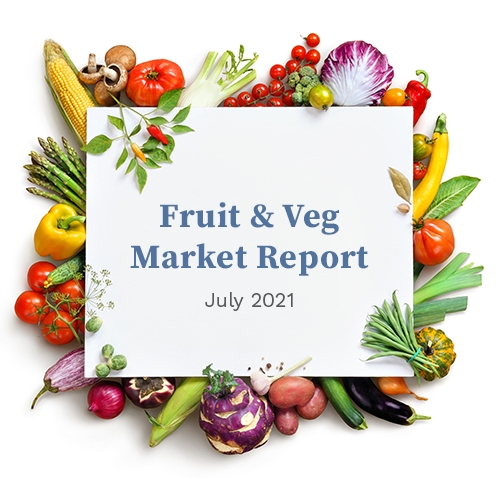