Looking for information to help build your menus and keep on top of your GP? Each month at Menu Fresh, we aim to provide information on meat, fish, fresh produce and much more across the United Kingdom, Europe, and the rest of the world.

Here, we can advise you and your chefs on market movements, product changes and seasonal trends to help you make an informed choice.

With the Menu Fresh Market Report hope to highlight some of the issues that affect prices, and unfortunately in recent months this has often meant explaining rising prices.

AF, a procurement cooperative operating across 3,000 UK farms, has published its “Interim Aginflation Index” which reveals the cost of farming inputs has increased by an eye-watering 23.28% in just six months to the end of March 2022.

This comes on top of a rise of 22% in the previous year to September 2021. Over the same period the Retail Price Index, showing what consumers pay for food, rose by just 5.6%.

By far the largest cost increases have been in fertilisers, fuel and animal feed, exacerbated by the war in Ukraine.

This means farmers are faced with increasing costs, whilst supermarkets are not increasing the price they pay as quickly, putting food producers under incredible strain.

Unless farmers are paid a fair price for their produce many will be forced out of business. 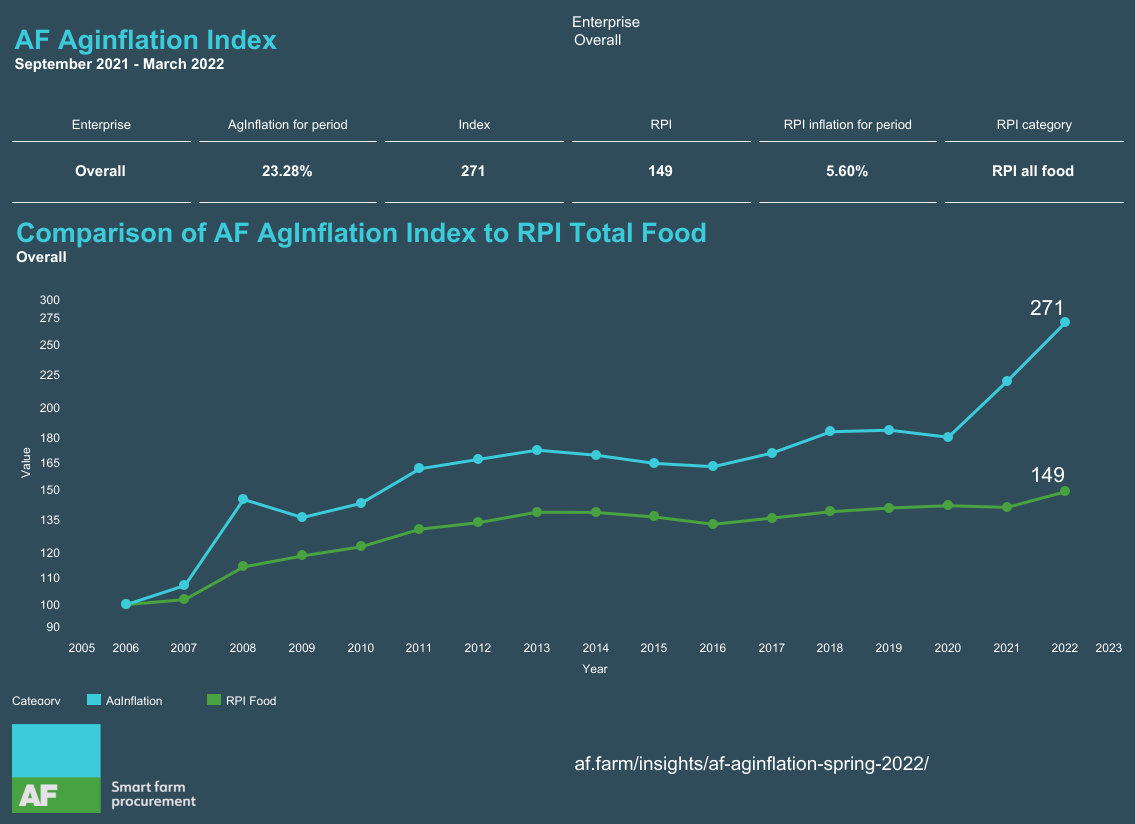 As if news wasn’t bad enough for farmers, a report from The Grocer states that there is “seasonal worker shortages of up to 75%” which has sparked concern that there will not be enough labour available to pick crops this year. These issues are said to be caused by delays in processing visas, leaving some producers with just 25% of the workforce that had originally planned for the harvest.

Despite these issues, the business of getting food on to the plate continues, and below are some seasonal highlights.

All UK berries are now available including strawberry, blackberry, raspberry and blueberry. Make the most of the least travelled berries of the year and create that true summer fruit menu.

Don’t forget that UK Cherries will be in season soon, a perfect ingredient for a rich Black Forest Dessert.

We are now moving over to mostly Southern Hemisphere supply, and will see a reduction in the availability of oranges, easy peelers and grapefruit. South African growers are also feeling the pinch of increased transportation costs caused by delays at ports, which is affecting price and supply.

Apricots Peaches & nectarines are all at their best from late July through to September.

Fresh peas are at their peak from May to November, and whilst they are not everybody’s favourite, fresh peas are a wonderfully bright and fresh addition to the summer plate.

The UK carrot season is due to start with availability returning to a more normal level – and the quality and shelf life are also getting better. New season British carrots should be available providing a sweet and tender alternative. 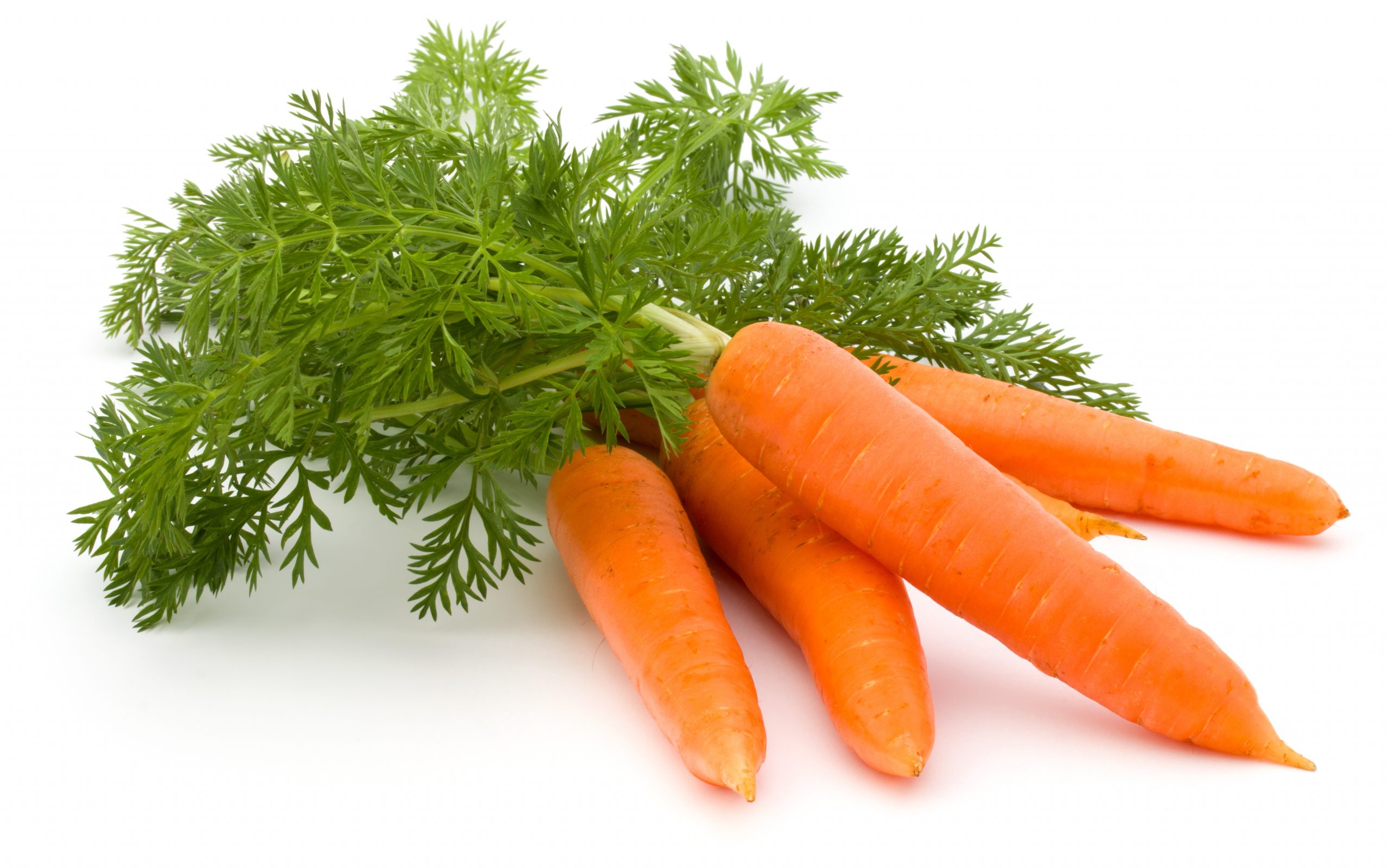 Watch out with root vegetables imported from Spain or France, such as parsnips, carrots and leeks as these start to have shorter shelf lives at this time of year.

UK salad leaves are starting to increase in quality and shelf life as more are harvested in the UK, instead of Spain. There are plenty of varieties available including Radicchio, Lollo rosso, oak leaf and of course iceberg and little gem. 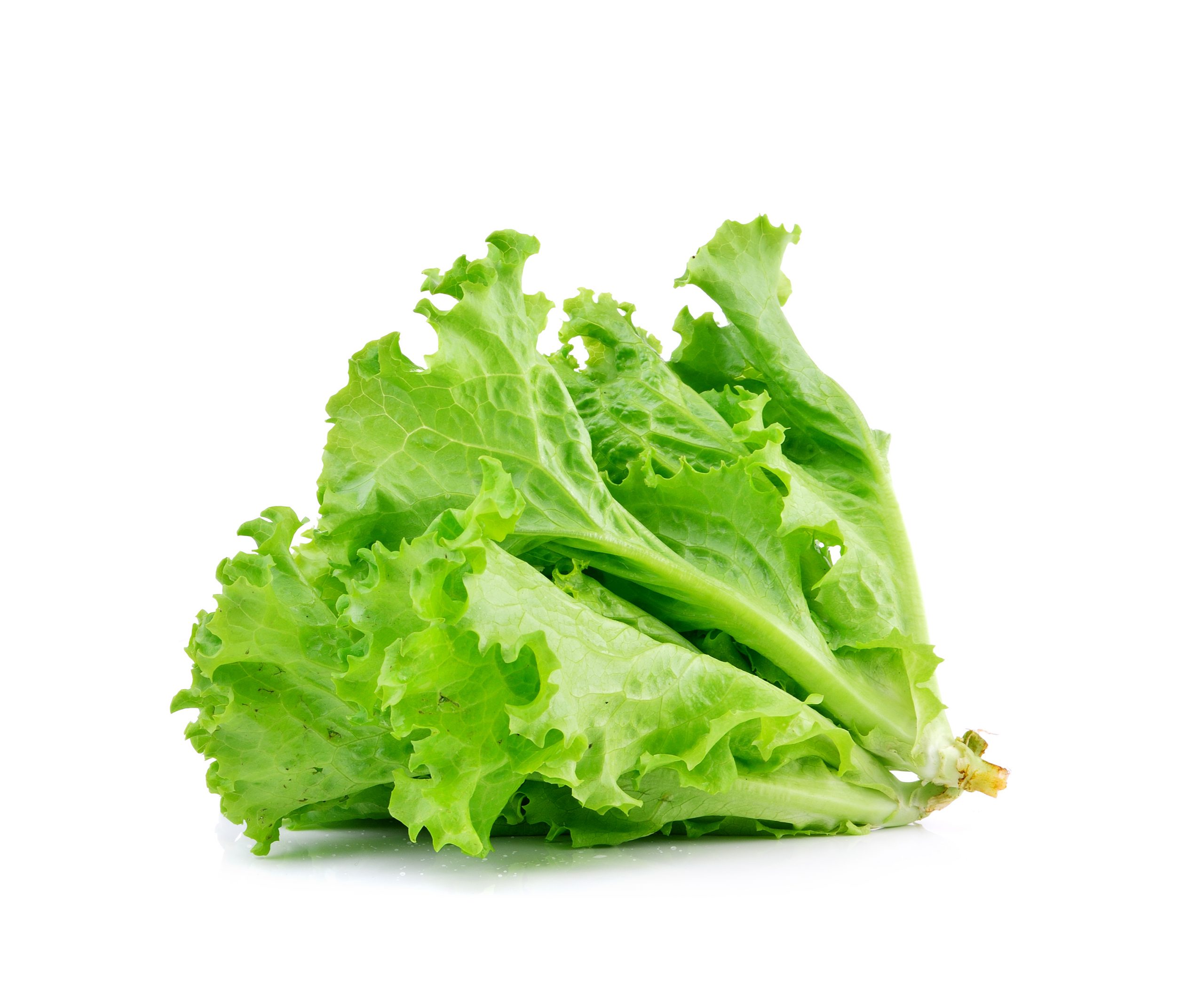 You might think this should be in the salad section, but Watercress is in fact a member of the brassica family, and we’re being pedantic this month. It is an aquatic plant and its hollow stems allow it to float in water. Its season stretches from April until September, and it should be in good supply. It is grown widely across the south of England, especially Hampshire.

More traditionally, UK Cauliflower and Broccoli are starting to make more of an appearance as the harvest starts in July. Expect quality and price to improve.

Mint is at its peak from May to September, look for bright green, perky leaves that aren’t wilting. Basil is at its best in the UK in July and August, the only months we can come close to replicating its favourite Mediterranean weather. Fresh garlic is in season from July to the start of October. 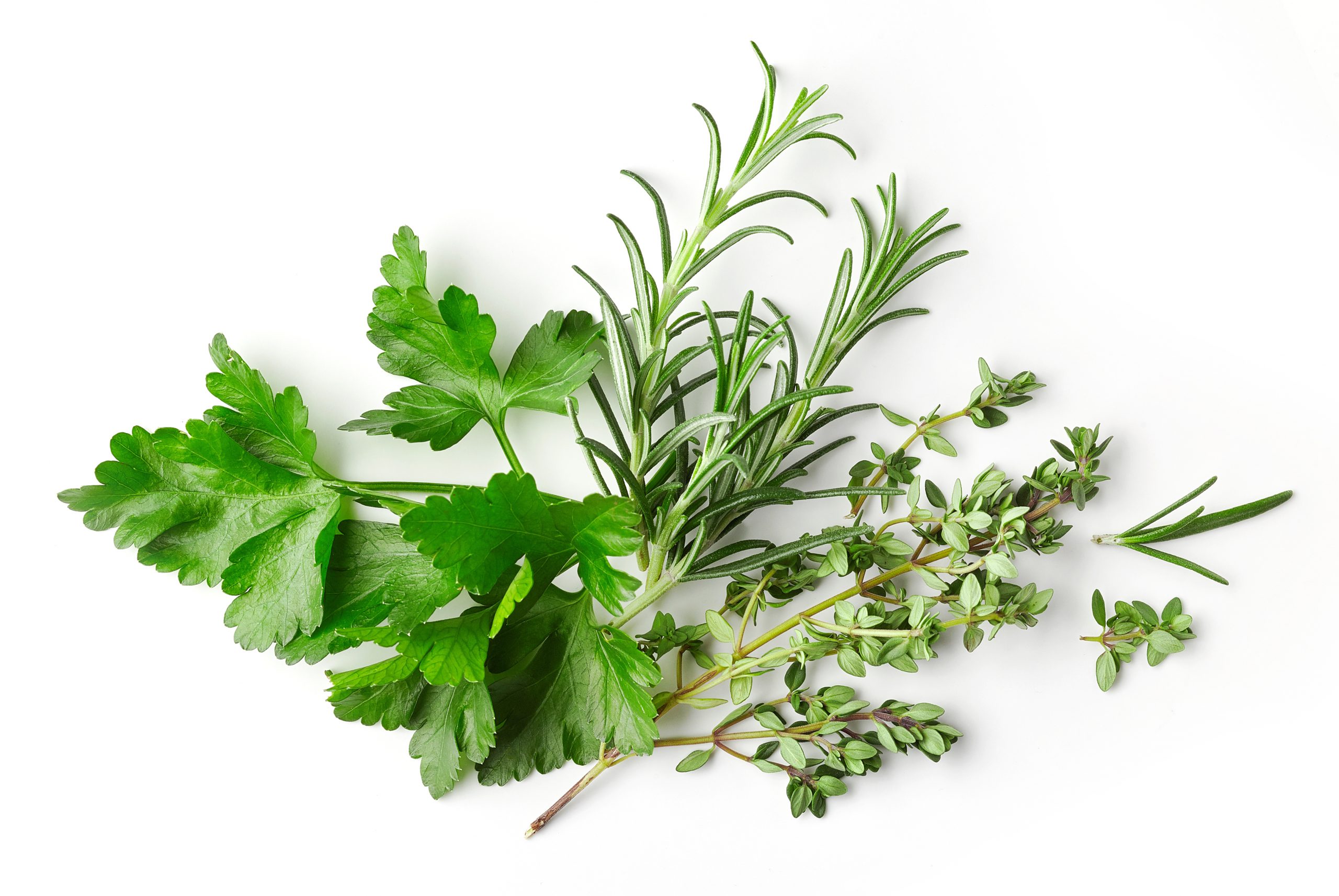 According to the Fresh Potato Suppliers Association, there could be a significant short-term change in UK potato production as the sector adjusts to rising costs and unstable demand, created from the Russian invasion of Ukraine.

Some farmers in Britain are likely to switch to growing in-demand grains and oilseed which could lead to a smaller potato harvest.

Some slightly better news on Lamb this month as Liveweight lambs prices moved down during June. Despite an 8.6p/kg drop in June prices, we’re still 30p up from the previous year. 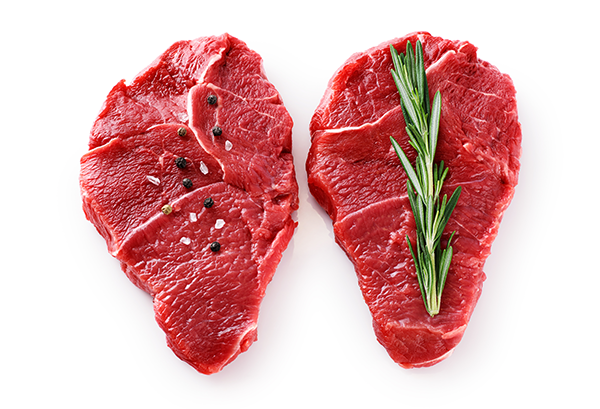 Pork prices rose in June, continuing the trend of recent months. Slaughter numbers were down, not helped by abattoirs closing for at least one of the bank holiday days for the Queen’s Jubilee. 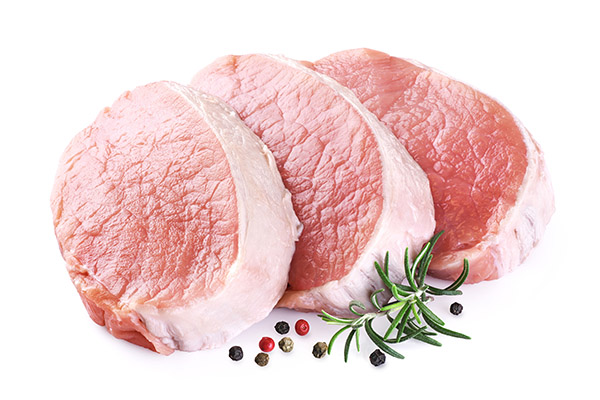 RSPB Scotland has warned that the 2021-22 outbreak of highly-pathogenic avian influenza (HPAI) is still affecting wild bird populations in the UK.

In England, there have been 98 cases of bird flu in poultry and captive birds since the start of October 2021, while Scotland and Wales have recorded eight and five cases.

A new case of highly pathogenic bird flu has been confirmed in Shropshire, making it England’s 98th case of the virus since October 2021.

All birds on the infected premises will be humanely culled, and a 3km Protection Zone and 10km Surveillance Zone have been placed around the site.

The new case will renew concerns to the poultry sector, as it comes just a few weeks after the government eased the UK’s mandatory poultry housing order.

We reported last month that more than half of free-range egg producers are seriously considering halting production until they are paid a better price, according to a British Free Range Egg Producers Association (Bfrepa) study.

Since then Poultry World has reported that Tesco has agreed a new five year contract with egg suppliers to source all of its shell eggs from UK suppliers, and to continue using its poultry feed tracker model, which helps tackle fluctuations in prices for producers.

It is vital that retailers adopt this long-term approach to ensure that producers can stay in business.

We reported last month that Norwegian salmon prices have reached their highest levels in over 20 years. It is also possible that Scottish Salmon will come under threat of retaliatory tariffs in the wake of the new legislation aimed at overriding the Northern Ireland Protocol of the Brexit deal.

It seems Pollock is under similar pressure with prices at a 15 year high as the Alaskan “B” season began in June.

GB milk production could fall by between 0.8% and 5.3% depending on what happens to feed prices, availability, and milk prices. The reduction in supply is likely to be reflected in higher milk prices.