As demand for beef remains high, supplies remain limited and combined with labour shortages and transport issues, these factors continue to influence the beef sector. This means pricing looks set to remain firm and is likely to continue to increase over the coming months.

Strong global demand for protein has taken up additional beef supplies across the global market. This has also influenced the prices during the last 12 months. Herd sizes across the European Union are still declining, leading to restricted supply and higher prices. This is affecting the availability of imports to the United Kingdom, including from Ireland, one of our major suppliers.

High food service, as well as general demand, continues to dictate firm offer levels, with catering butchers pushing back against elevated prices. The majority of product is being absorbed via retail contracts, keeping prices firm, with little room for manoeuvre.

Prime cattle prices rose across the board in the latest reporting week, despite an increase in the throughputs compared with last week.

In the week ending 31 July, the GB all-prime average deadweight cattle price rose by 1.0 pence to an average of 405.1p/kg. This is up 38.6 pence on the price for the same week a year ago.

Throughput of prime heifers, steers and young bulls at British abattoirs was estimated to be 32,100 heads for the week. This was 6% higher than the week before, but still down on the same week last year (-2%).

Although year-to-date prime cattle kill is down on last year (-3%) we need to factor in the unusual complexities faced in 2020. Slaughter for 2021 is estimated at 989k head. This is slightly above the levels recorded in the previous years, from 2016 to 2019, and is, therefore, also above the 5-year average, albeit by only 0.3%. 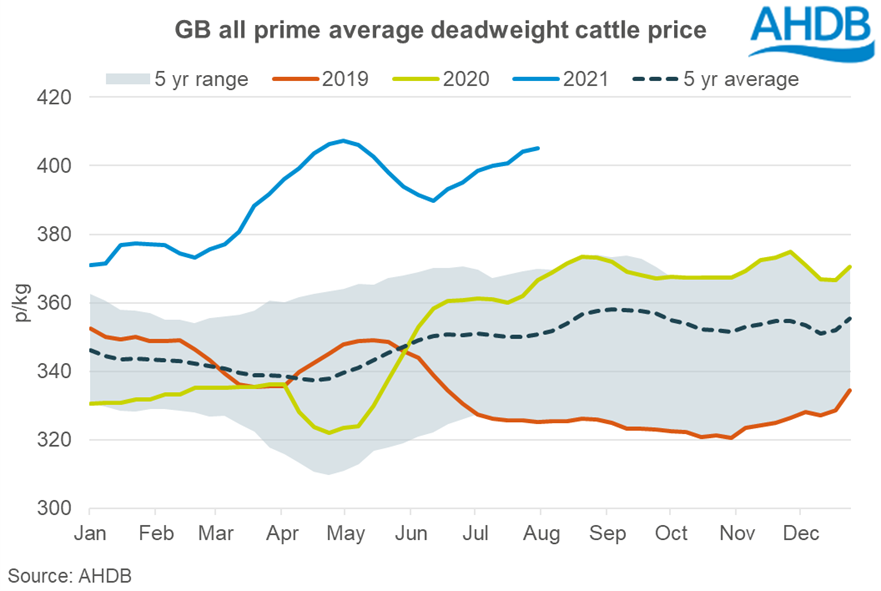 As with beef, high demand, tight supplies, labour shortages and transport issues continue to influence the lamb sector. Demand for certain cuts is outstripping supply and some remain very expensive.

Imports coming forward are still expensive with availability set to continue to decline, driven by reduced availability from New Zealand and Australia.

With the lack of imports, numbers & the production of UK lamb down, demand for certain cuts will continue to rise and combined with limited availability, lamb pricing looks set to remain firm.

Liveweight lamb prices took a tumble this week. In the week ending 4 August, the GB liveweight NSL SQQ fell 25 pence, to 227.46p/kg. Despite this recent drop, prices remain above last years levels. Weekly throughputs were back 12%, week-on-week to 102,000 head.

For a significant number of weeks, British and Irish finished lamb prices had been above their French counterparts. Historically, if British prices get close to French prices, and especially if they exceed them, export demand diminishes. It is perhaps not surprising then, that prices have been unable to resist this downward pressure and have now fallen.

In contrast to recent falls in liveweight prices, the GB deadweight NSL SQQ gained 5 pence, in the week ending 31 July, to stand at 565.5p/kg, this puts the measure over 80p/kg higher than last year. The estimated kill for the week was up 6% on the week, to 220,000 head.

Pork prices look set to remain firm although industry reports state labour shortages are being felt across the entire pig sector, including on farms. The demand for British pork is currently strong, but pork plants are struggling to meet this due to the lack of staff.

Clean pig slaughter was estimated to be 165,700 head for the week, similar to the week before (+100 head). Throughput was well below last year’s level for the third consecutive week.

There are reports of pigs being rolled across several producers, as well as coronavirus-related staffing issues giving way to more systemic staffing problems in some abattoirs.

The UK Chicken market remains under pressure with high demand, limited availability and retail taking priority over food service. Coupled with labour issues, this has resulted in increases on most UK products, making certain cuts difficult to purchase. Producers have been shorting cuts due to labour issues and maximising time spent getting the best possible yields from the chicken.

European chicken prices seem to have stabilised for the time being.

Poland, Europe’s largest exporter of poultry has seen a rise of 33% on the average wholesale Chicken price over the last year, the highest since 2014. Turkey meat in Poland has reached its highest level ever up 40%.

Turkey producers have been switching to Chicken to take advantage of high wholesale prices. This coupled with a lack of frozen stocks means we could very well see even higher pricing for Turkey over the Christmas period in December. 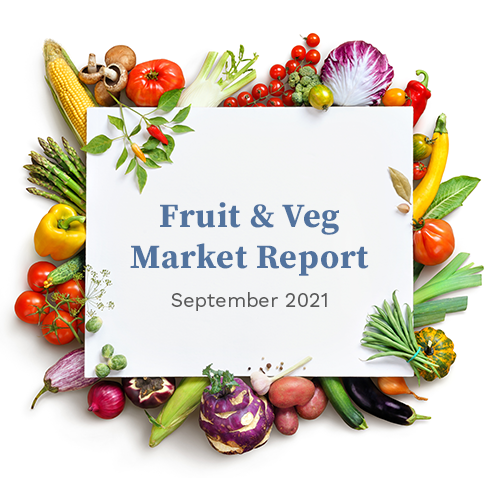 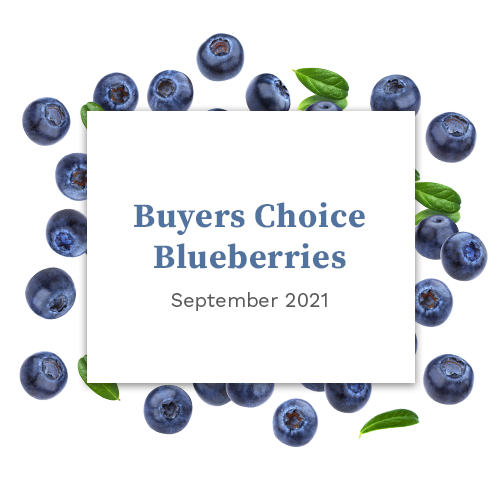