There are very few things that can match a Full English Breakfast for a hearty start to the day, but sometimes, and perhaps if you have a sweeter tooth, there might be something to tempt you from our cousins across the pond. This 4th July, to celebrate Independence Day we’ve put together a simple and effective recipe for authentically fluffy American Pancakes that will add a burst of stars and stripes to any menu. 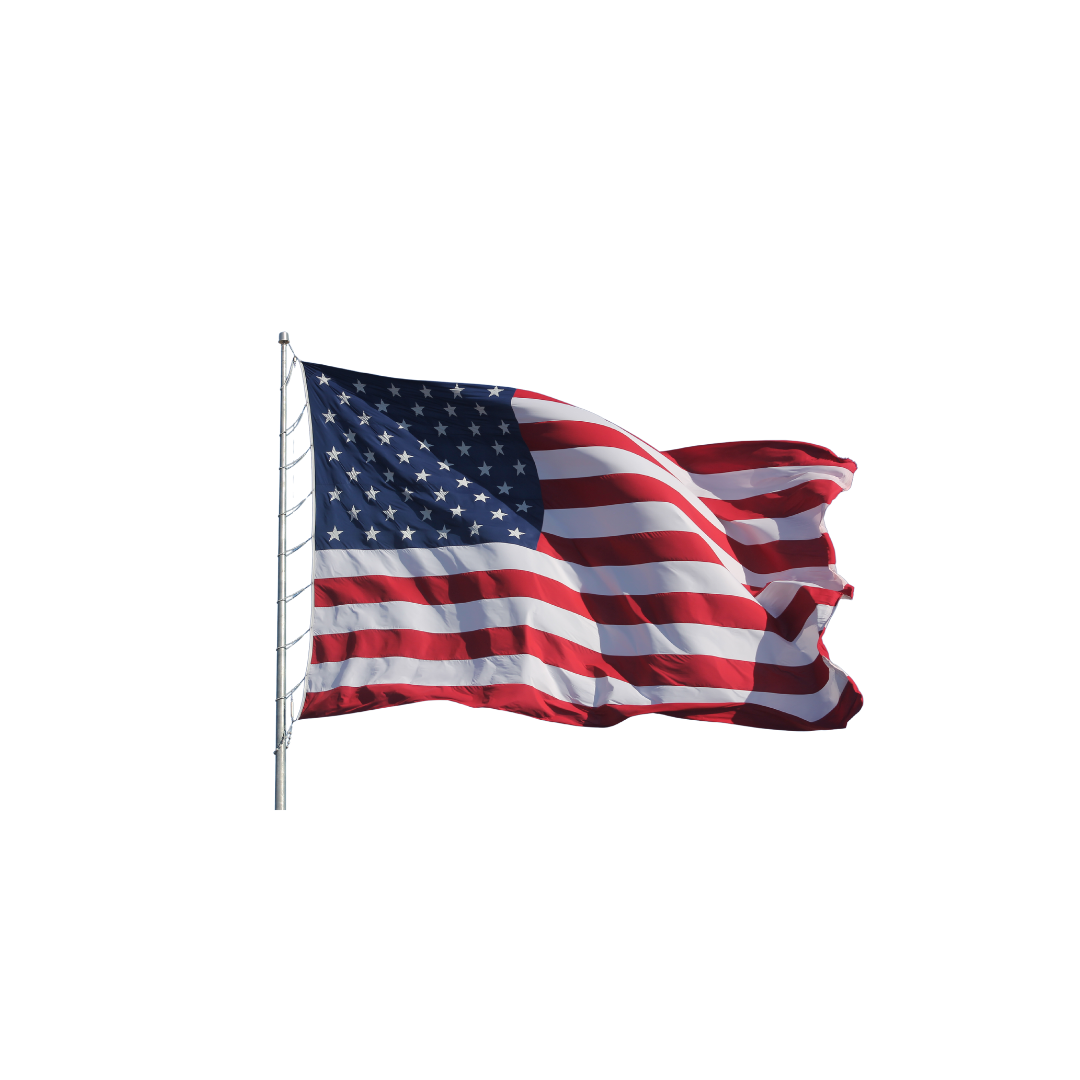 Humans have been mixing flour with water or milk and frying it in dollops for as long as we have records of human cooking, so it’s safe to say pancakes have been around for a while.

The pancakes we associate with Shrove Tuesday, pancake tossing and pancake races, were mentioned in cookery books as early as 1439 – before America was called “America”. It’s safe to say though, that even in strongholds of the sugar and lemon traditionalist, the American version is growing in popularity.

American pancakes certainly owe something to Native Americans, with earlier versions that use buckwheat sometimes referred to as “Indian Pancakes”, and were a favourite of Thomas Jefferson. It’s these fluffy beauties we’re looking at today.

No, not Bruce Springsteen, but our Managing Director, David Burton. Back in March, on pancake day, we asked the team about their pancake preferences and you can see what they said here. David unashamedly plumped for American pancakes, with significant toppings and sides: 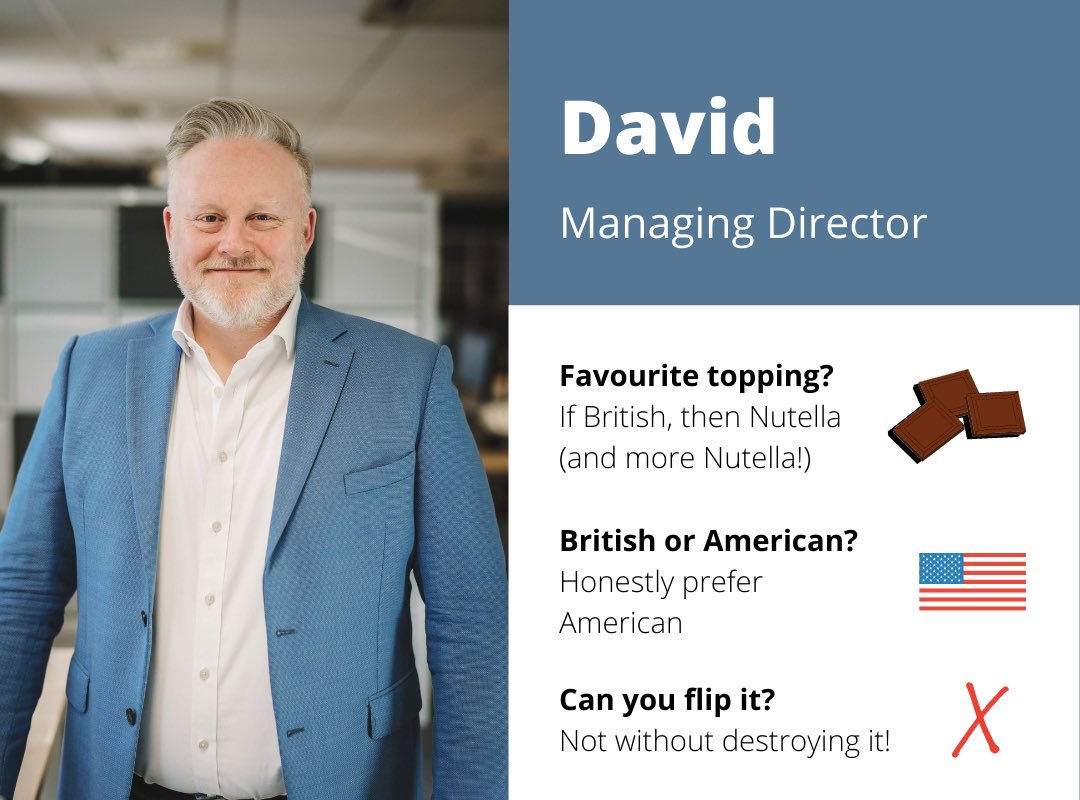 “Honestly prefer American – Jamie Oliver’s recipe is best, with heaps of butter and maple syrup…and a generous side of streaky bacon…and then maybe a sausage…or two…and a scrambled egg, unless I’m dieting then no scrambled egg.”

We can’t compete with Jamie Oliver, but we do like to keep the boss happy, so here’s a quick, simple recipe for Authentically Fluffy American Pancakes: 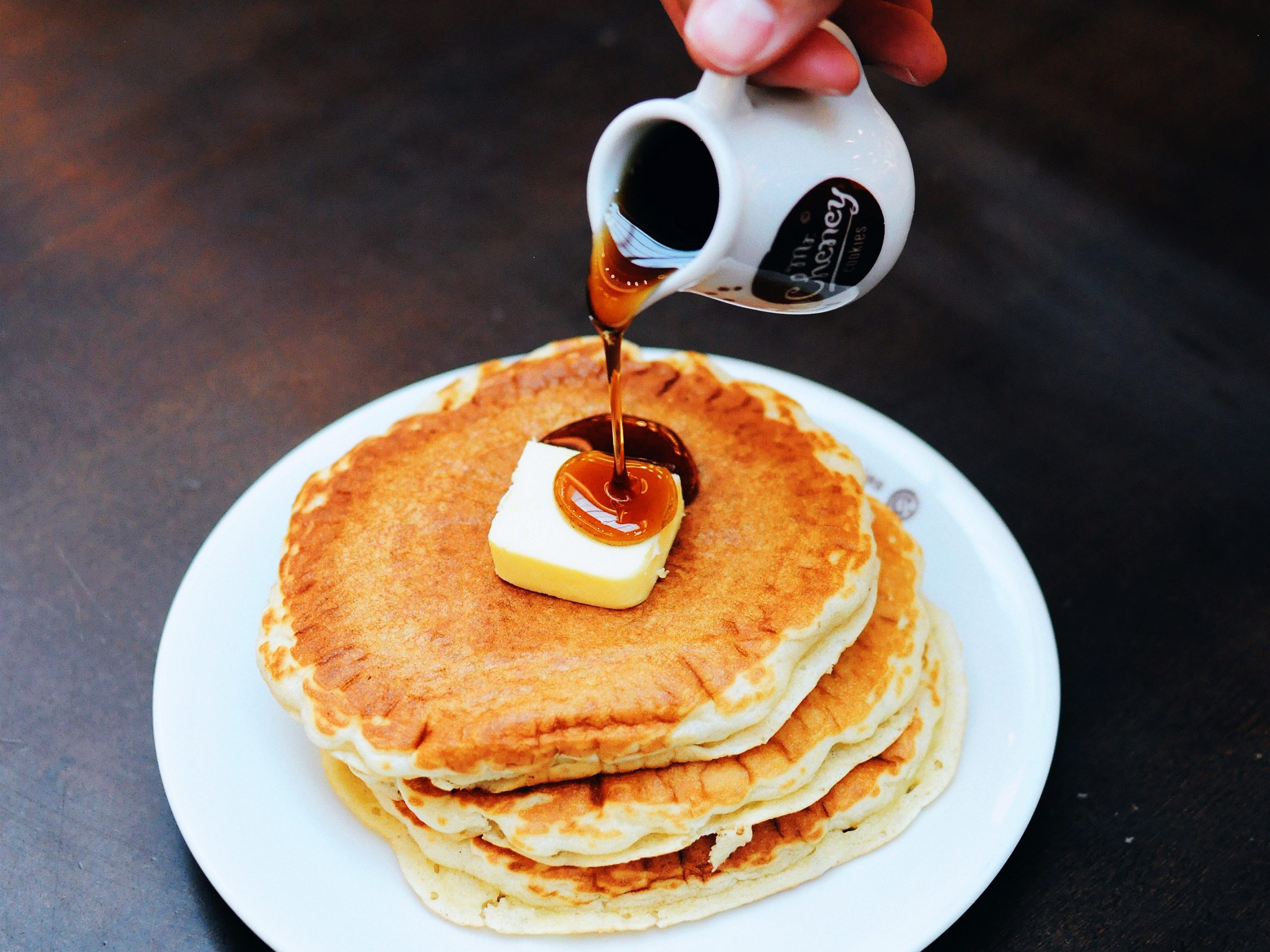 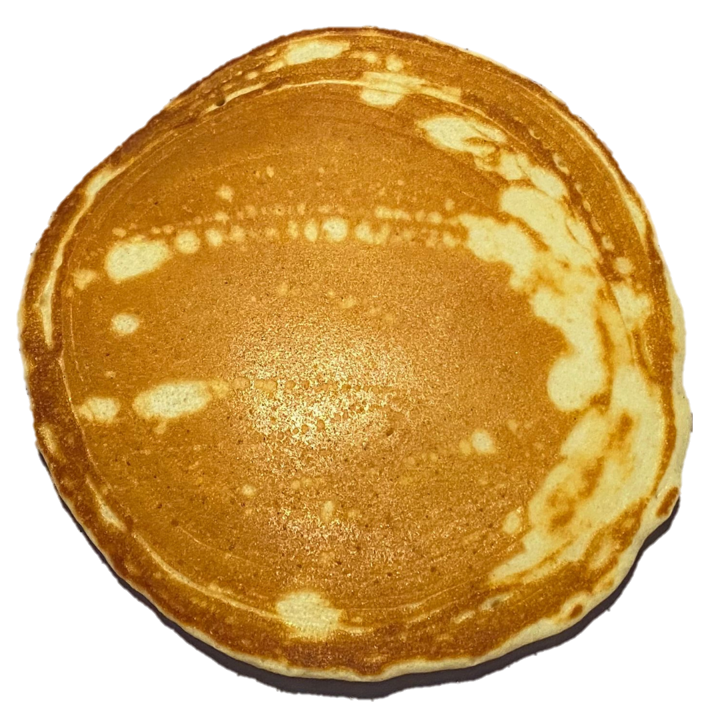 Chef’s Tip: There’s no end to the toppings you can add, but maple syrup is almost essential. UK berries are in season and if you’re adding bacon, it has to be streaky for the sake of authenticity.